We are happy to announce that we are officially part of the 2020 MMR Factory Racing Team, a squad we have had a close relationship for many years and that  is a project we wanted to stay with once Momum was presented in the market in February this year.

The team has been and will be using all our products and they have been a key element for the development and test of our brand new MIC Wax Lube. Now, they will be using the final formula of our lube, the same one that the team was using in the last World Cups and World Championships in the season.

We are sure that this Olympic year will be great for all of us, both for the team and for our brand expansion all around the globe. 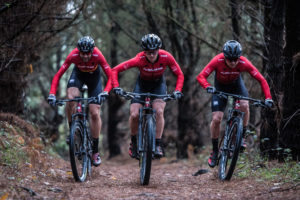 The team has been clearly empowered with a couple of new riders. The roster is as follows: